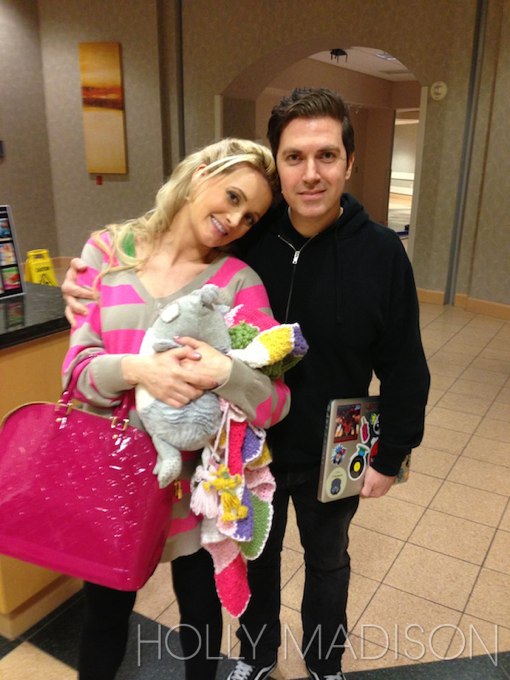 Holly Madison is fighting back after getting criticized for naming her newborn daughter the unique name Rainbow Aurora.

In a post wrote on her blog on Friday (March 8), the former Girl’s Next Door star told that she is hoping that having such an unusual name will teach her daughter to have a strong personality.

“There are a lot of smug haters out there who bag on my choice of a name, but I don’t care about what they think,” she wrote. “I want my daughter to be proud of who she is and learn to speak up and stand up for herself at a young age.”

“I spent most of my life being a people-pleaser who worried about what other people thought or thought was cool and I don’t want that for her,” she continued.

Holly is also confident that Rainbow’s name will not have a negative impact on her little girl’s life.

“I have always loved the name Rainbow,” she wrote. “There was a girl in my school a few years younger than me named Rainbow and I was so envious of her name because it was so pretty and unusual. She was perfectly normal, well-adjusted, sporty girl, by the way, so I’m not worried about my daughter being ‘traumatized’ by having an unusual name.”

The new mom and her boyfriend Pasquale Rotella welcomed Rainbow on Tuesday, March 5.