Heidi Klum Soaks Up The Hawaiian Sun With Her Kids 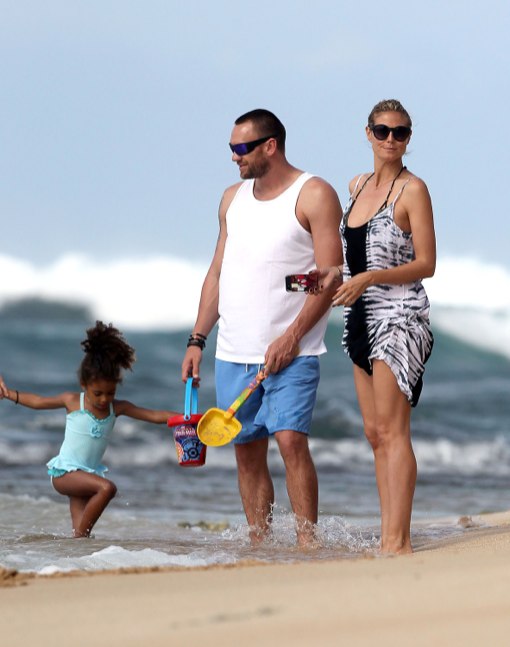 Heidi Klum and her boyfriend Martin Kristen enjoyed a day on a beautiful Honolulu beach in Hawaii with her children on Tuesday (March 26).

The Project Runway star wore a black and white tie-dyed beach cover-up while watching Lou run in the waves.  Meanwhile, Leni and Johan played in the sand. Heidi and Mel B have bonded over motherhood since becoming judges on the new season of America’s Got Talent.

Referring to Klum while filming the talent auditions in New Orleans, the Spice Girl said:

“She’s lovely, absolutely adorable,” adding, “She’s a mom like me”

Fergie Says She Is Not Wearing Maternity Wear Yet

Making Your Own Babyfood