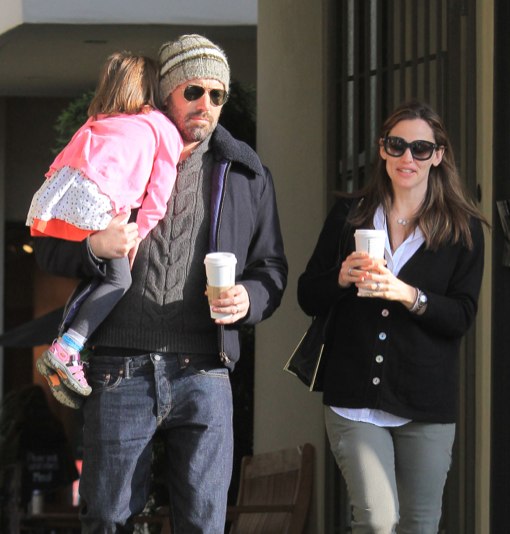 Ben Affleck, his wife Jennifer Garner and their Seraphina were spotted stopping by a coffee house in Brentwood, CA on Friday (March 22).

The Argo star carried a paparazzi shy Seraphina while holding a coffee. Jennifer smiled at him while walking with her own coffee.

It is rumored Affleck is being lined up to direct an adaptation of the forthcoming Nathaniel Philbrick historical book, Bunker Hill: A city, A Siege, A Revolution. The book tells the story of the battle that started the American revolution.

In the meantime, the proud papa is spending as much time with his kids after winning an Oscar Academy Award for Argo.