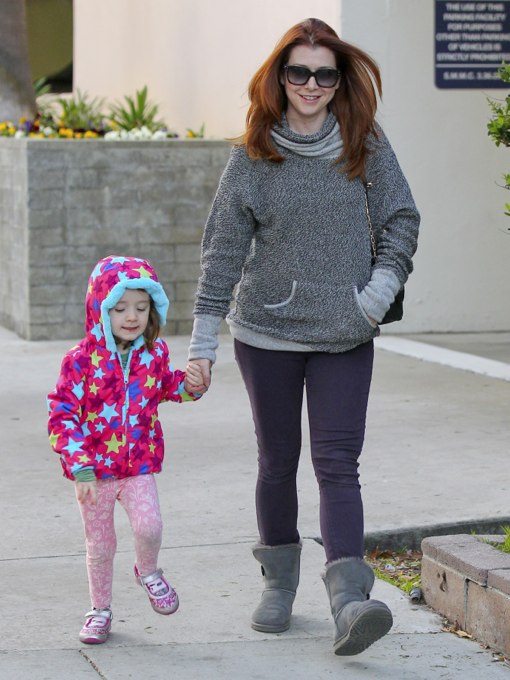 Alyson Hannigan and her daughter Satyana enjoyed a day out shopping together in Los Angeles, CA on Friday (March 22).

The How I Met Your Mother star was all smiles as she walked next to her daughter. The youngster who turns four year’s old tomorrow, looked cute in a thin star printed jacket, pink floral tights and flats.

After giving birth to Keeva, the proud mom told that Satyana was adjusting well to being a big sister.

‘The other day [Satyana] was hugging [Keeva] so hard I was like, “I think her head might pop off.” I don’t want to be like, “Ooh!” because I don’t want her to have a complex about her sister,’ the American Pie star told  People.

Hanningan’s show How I Met Your mother is in it’s ninth and final season.