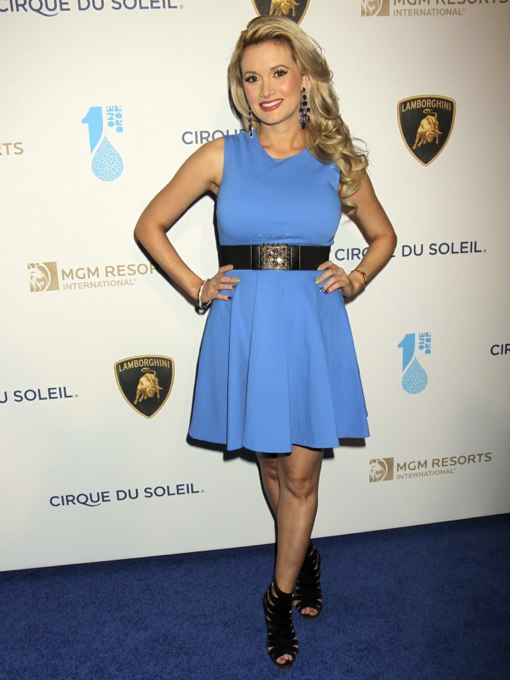 Holly Madison debuted her post-baby body while attending the Cirque du Soleil Presents One Night For ONE DROP charity event at Hyde Nightclub at Bellagio Hotel and Casino in Las Vegas, NV on Friday (March 22).

Just 2½ weeks after giving birth to baby daughter, Rainbow, the former Girls Next Door star stunned in a blue dress with a belt around her much smaller waist area.

Holly introduced her daughter to the world in the latest issue of InTouch magazine.

“Just holding her is so much fun,” the proud told.

“Even the delivery was easy — I was actually laughing as I was pushing!” , adding, “I had an epidural, so it was fun. She made it easy on me.”

This is her and boyfriend Pasquale Rotella‘s first child.