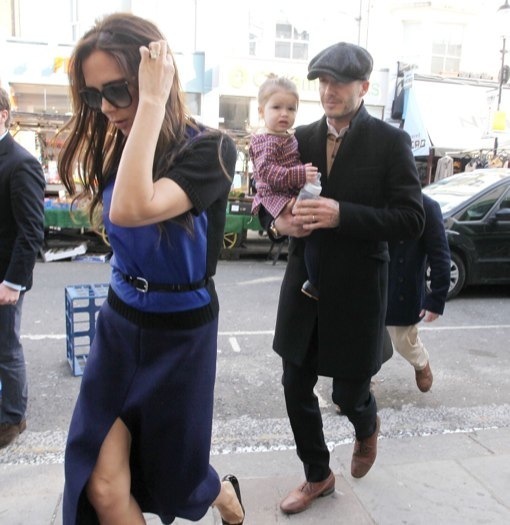 Victoria Beckham and David Beckham took their children out to celebrate Cruz‘s 8th birthday at a restaurant in London, England on Sunday (Feb. 17).

The fashion designer was pictured wearing a blue and black sweater with a belt around the waist with a long skirt. David looked hunky as usual in a paper boy hat with a jacket while carrying Harper. The boys followed behind.

Victoria joined Donatella Versace and Diane Von Furstenberg on the judging panel for this year’s Woolmark Prize at London’s Fashion Week on Saturday.

David few into New York City to attend the Victoria Beckham show. He sat in the front row with daughter Harper.

Jessica Alba Has a Family Day