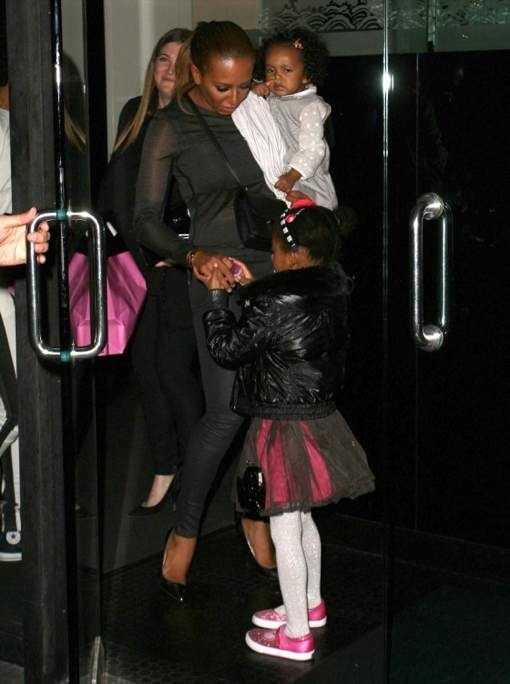 Mel B was spotted taking her daughters Phoenix, Angel and Madison out to dinner at Mr.Chow in Beverly Hills, CA on Tuesday (Feb. 19).

The former Spice Girl looked chic in a black blouse, leather pants and pumps as she left the restaurant with her kids. Madison was ready to pass out as she was carried by her mom.

Brown and her husband Stephen Belafonte have reportedly been forced to move back to the United States due to issues with their visas in Australia.

The singer started working on the  Australian X Factor as a judge in 2011 and feel in love with the country.

‘To get citizenship here does take quite a bit of effort with paperwork, all the legal work and getting the birth certificates,” Mel told the Telegraph. “But we really want to get residency.”

Perhaps, the family will have an easier time getting residency in the future as she has signed on to judge another season of the singing competition.

You might also likeMore from author
Angel Iris Brown

Mel B Wants A Baby Boy