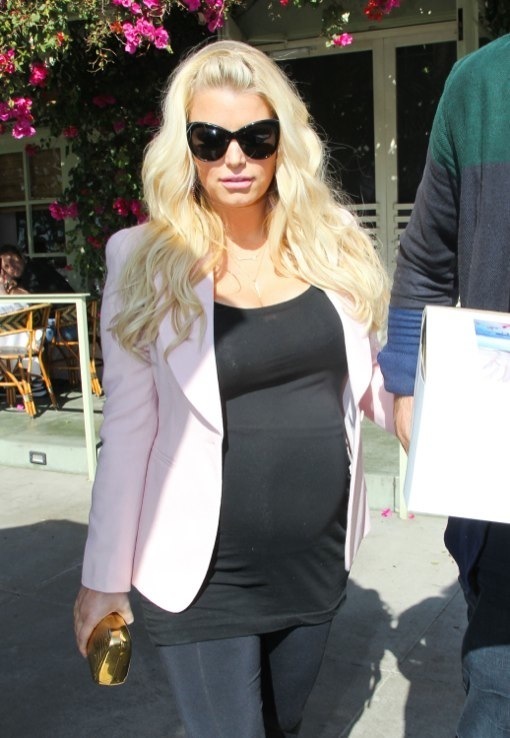 Jessica Simpson has decided on a baby name!

According to a source, the Fashion Star mentor is eagerly sharing the name she’s already picked out for her second baby with fiance Eric Johnson.

Maxwell’s name came about as a tribute to both her family and her NFL player fiancé’s. The name l is Johnson’s middle name as well as his grandmother’s surname, and Drew is Simpson’s mother Tina’s maiden name.