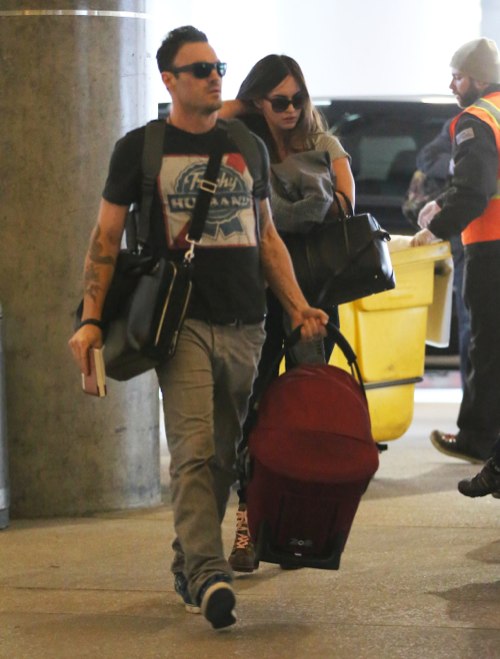 Brian Austin Green and Megan Fox were pictured departing on a flight to Rio de Janeiro at LAX airport with their son Noah Shannon in Los Angeles, CA on Friday (Nov. 8).

The Wedding Band actor carried the four-month-old in a red car seat while entering the terminal. The This is 40 actress tried to avoid the paparazzi as she shielded her face and held a copy of The Circle Maker.

Fox recently opened up about how she is less concerned with her career since welcoming her son in September.

“It’s very hard for me to do this stuff because I feel like this isn’t my job anymore. My job is to be with him,” she told while appearing on the cover of the March issue of Marie Claire UK. “All I wanted to do my whole, whole life was have a baby and, now, I’ve finally done it. I just want to give Noah as much of myself as I can.”