Beyonce: The best Thing In The World is Seeing Blue Ivy’s Face 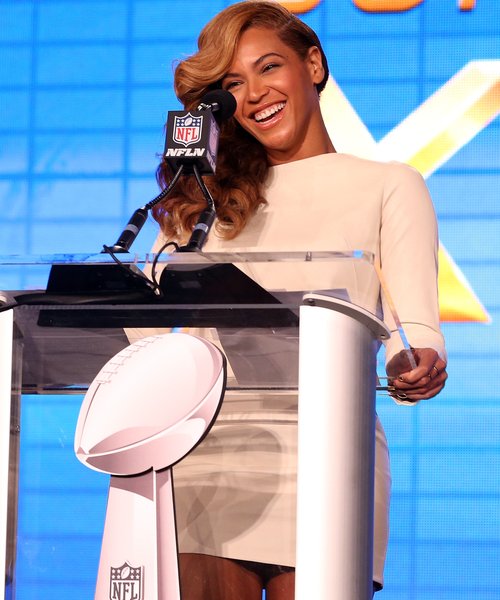 Beyonce may have a lot on her mind while she prepares for the Super Bowl halftime performance, but that doesn’t stop her from thinking of her daughter.

“When I wake up in the morning, the best thing in the world is seeing her face,” Beyoncé says. “She’s starting to talk. It’s just such a beautiful time in my life to have a child and every day see something new and see her learn something new.”

Calling motherhood “so much more fulfilling than anything else in the world,” she adds, “I love it.”

The Single Ladies singer adds that she and husband Jay-Z usually watch the Superbowl each year.

“Usually we have all of our friends and we have our drinks,” Beyoné explains. “Sometimes the women and the men end up separating. We get excited, but the exciting part for me is the halftime show, and I’m happy to be the entertainment for it.”

The Super Bowl airs tomorrow at 7pm EST  on CBS.