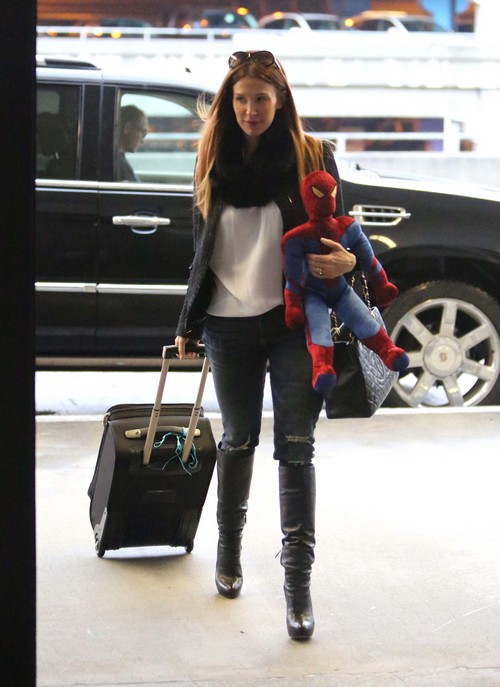 It looks like 2013 has started in the most exciting way possible for Poppy Montgomery. She and partner, Shawn Sanford just announced that they are thrilled to be expecting a bundle of joy later this spring. Poppy is no stranger to the parenting ranks, as she already has a five-year old son named Jackson with former love, Adam Kaufman.

The actress is perhaps best known for her role in CBS’  hit series Without A Trace and currently is starring in the network’s show, Unforgettable. In this series she portrays a detective and according to Poppy she’ll be returning to the set once the show begins filming again this summer.

Poppy and Shawn have been dating for just over a year and she seems to be totally smitten with her Microsoft executive boyfriend. She also says that her son is really excited to become a big brother and that the entire family is overjoyed.

Poppy may be best known for her roles on television but she also dabbles in other creative outlets. She’s currently producing a show, Sworn to Silence for Lifetime and has thrown down the gauntlet as a mommy-blogger. We moms have to stick together and Poppy likes to share her ideas and antidotes to parenting a young boy. No doubt this pregnancy will now be incorporated in to her posts.

Have you been a fan of Poppy’s? Do you like when celebs take on the role of mommy bloggers? Do you find them relatable or laughable? Has a celebrity mom ever offered up a bit of advice or a suggestion that really worked for you and your child?  Tell us your thoughts in the comments below!