Megan Fox: My Job is To Be With Noah 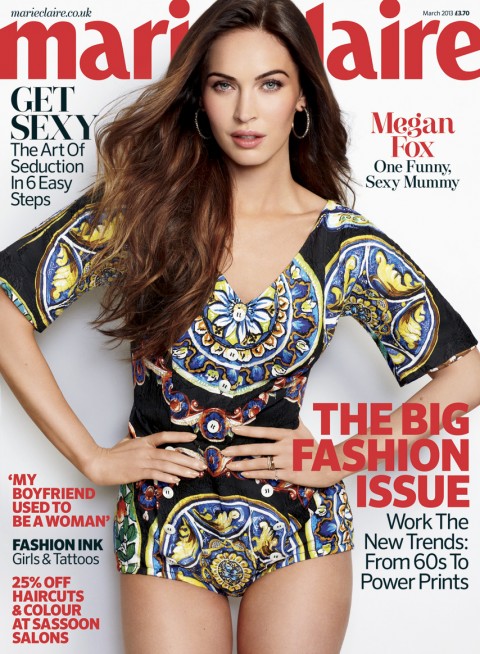 Appearing on the March issue of Marie Claire UK, Megan Fox opens up about how she is less concerned with her career since welcoming son Noah Shannon in September with husband Brian Austin Green.

“It’s very hard for me to do this stuff because I feel like this isn’t my job anymore. My job is to be with him,” the This Is 40 star says. “All I wanted to do my whole, whole life was have a baby and, now, I’ve finally done it. I just want to give Noah as much of myself as I can.”

The actress had no problem swapping the glitz and glamour of Hollywood for diaper duty and late nights with her son.

“Maybe it’s just because I don’t know any different,” she says of her low-key lifestyle. “I’ve never been validated by work or fame of Hollywood or any of that.”

Fox adds that she willing to put in the extra effort to ensure her marriage is successful now that they have a son.

“I believe he’s my soul mate,” she shares. “But that doesn’t mean it doesn’t take work, because we are very, very different.”

Pick Up Maire Claire to read the full interview.