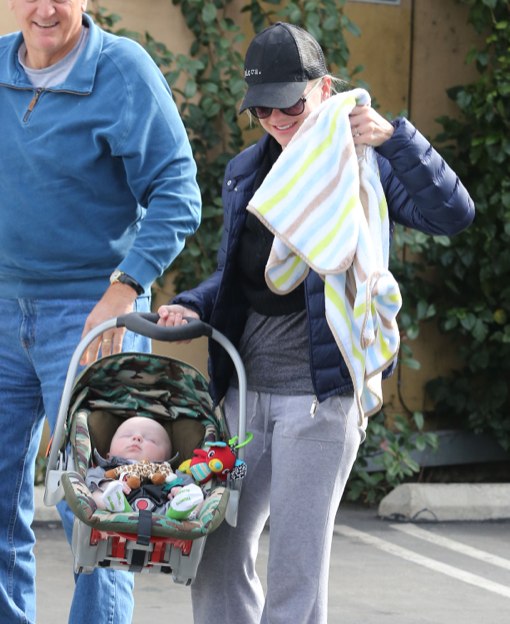 Anna Faris was pictured running errands with her son Jack while joined by her dad in Studio City, CA on Tuesday (Jan. 29)

Wearing a bomber jacket with a grey shirt and sweat pants, the new mom carried her sleeping baby in a cameo print car seat.

While appearing on The Ellen DeGeneres Show, Faris’ husband, Chris Pratt, opened up about what life’s been like since welcoming Jack in August.

“It’s been really amazing,” the Parks and Recreation actor said. “You know, Anna and I both lead very fortunate lives. We’re both actors. We’ve been able to do really cool things, meet neat people and go cool places. . . So there’s not that much left that really excites you, where you’re like, ‘Wow, I can’t believe that.’”

Reese Witherspoon Takes Tennessee For a Check Up

Megan Fox: My Job is To Be With Noah