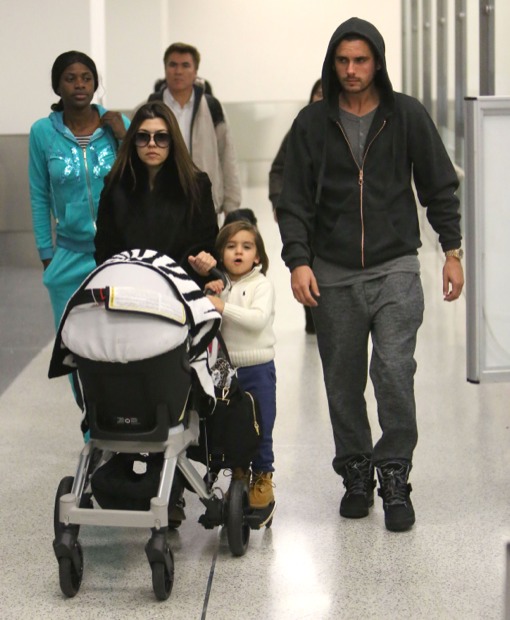 Kourtney Kardashian, Scott Disick and their two kids Mason and Penelope touched down on a flight at LAX airport in Los Angeles, Ca on Tuesday (Jan. 8).

The reality star looked glum as she wore a black outfit with dark shades while pushing a stroller that seated her little girl. The 3-year-old tot tried to help push, but was picked up by Disick once they exited the security area.

Kourtney showed off her post-baby figure on the January issue of Us Weekly in a series of bikini shots.

“It was harder to lose weight the second time around. I gained 45 pounds with Penelope,” the mom of two told when talking of her weight loss.

Now weighing in at 106lbs, the star admits that Disick loves her toned body.

“He likes me any way. But I think his favourite is when I’m skinnier,” she added.