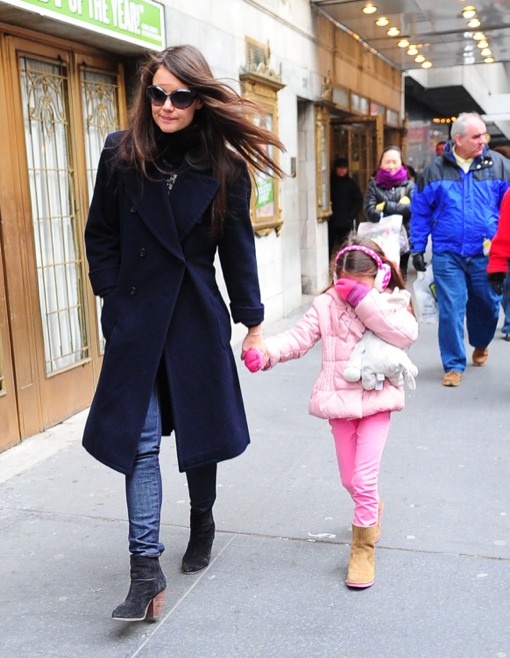 Katie Holmes was pictured arriving at the Music Box Theatre in NYC before her performance of Dead Accounts with her daughter Suri on Wednesday (Jan.2).

The actress looked stylish in a long jacket with skinny jeans and black booties. The 6-year-old wore an all pink outfit while carrying her favorite stuffed animal and hiding her face from the paparazzi.

“Friends allege the former Mrs Cruise has been slinking over to Jake’s West Village apartment in New York for dinners,” a source told.

However, a rep representing the 33-year-old told Gossip Cop that it’s “not at all true” that the pair are secretly dating.

Jessica Alba Soaks Up The Cabo Rays With Her Daughters