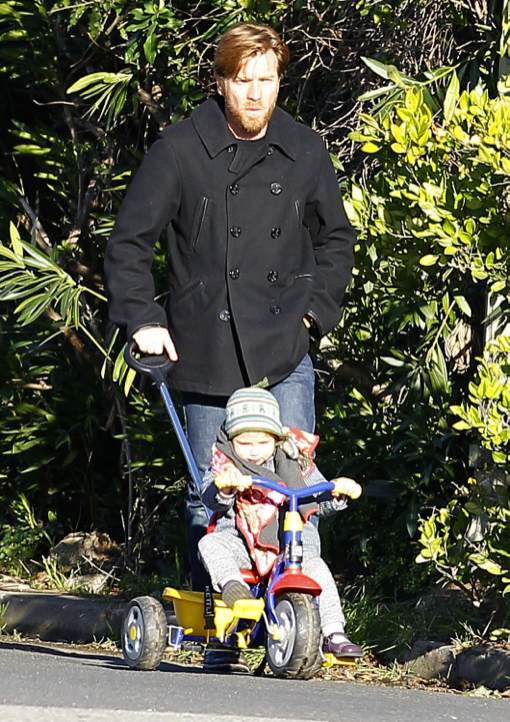 Ewan McGregor was spotted taking his adpoted son Anouk out for a stroll in Los Angeles, Ca on Wednesday (Jan. 16).

McGregor may be a father to four children ranging from 2 to 16, but till his role in The Impossible he had yet to play a father role on screen.

In the true story, he plays a father who puts his love and dedication to his family ahead of his own safety during the tsunami that struck Thailand in 2004.

“It’s difficult to put a finger on it. This film was an opportunity to explore being a dad for the first time. That’s something I know absolutely about because I’ve been a father for 16 years, but I’ve never played a dad. In “Nanny McPhee 2,” I had some kids, but that was a day’s shoot. I didn’t explore very much, other than running down a hill, which I did very well. So this, for me, was an opportunity to do that, to really look at it, because that love that you have for your children is a love that you don’t experience with any other human beings in the world,” he explained when asked why he took on the role.

The film that has received rave review is currently in theatres nationwide.