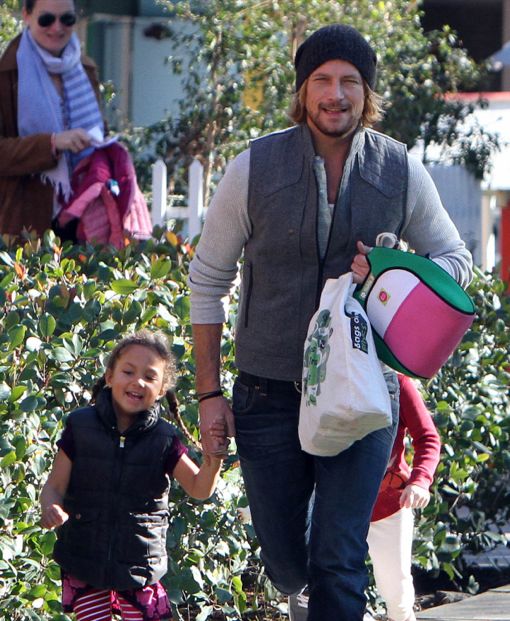 Gabriel Aubry picked up his daughter Nahla from school in Los Angeles, Ca on Wednesday (Jan. 16).

The model looked like a cute daddy as he held Nahla’s hand as they skipped and ran while leaving the school. The 4-year-old appeared to be having just as much fun as she smiled and giggled with her dad.Aubry’s face has healed from the injuries he sustained during his scuffle with Halle Berry‘s fiancé Olivier Martinez on Thanksgiving. After the fight he was left with a black eye, cuts under his left eye, forehead and nose, as well as broken ribs.

The ex-couple settled their long custody battle over Nahla one week after the altercation.

Berry’s lawyer, Blair Berk, said in a statement that the parents had “reached an amicable agreement” over the care of their daughter.

Kourtney Kardashian Touches Down With Penelope