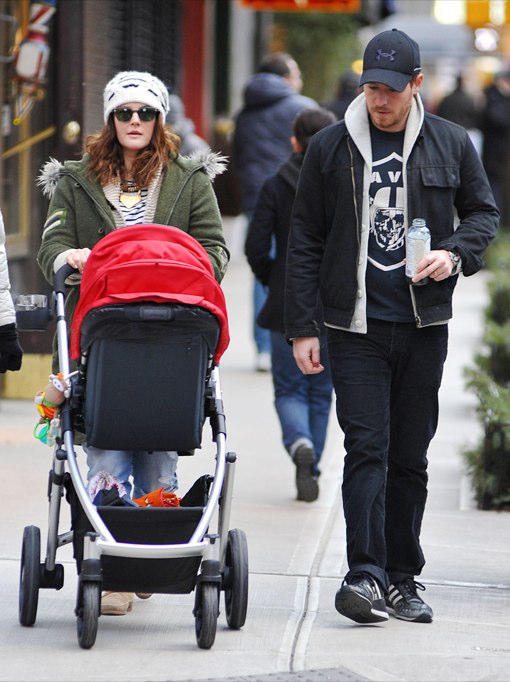 Drew Barrymore and husband Will Kopelman took their daughter Olive on a stroll in New York City on Sunday (Jan. 20).

The Big Miracle actress was dressed warmly as she pushed the 3-month-old in a red and black stroller. Kopelman walked next to the two.In the February 2013 issue of Good Housekeeping, Barrymore revealed that her main focus spending time with Olive rather than losing the baby weight.

“I’m still working on it, but I’m not worrying about it. We live in a society where everyone’s like, ‘Look at how amazing she looks two weeks out [from giving birth].’ I don’t want to be on that hamster wheel; that’s hell. I’m never going to have the kind of body that makes me excited about bikini season. I’ve never had a ‘beach body.’ But I want to feel like I’m showing up and doing my best. My goal is to be nice to myself, gentle toward myself, during this process. It’s such a sacred time.”

The actress also revealed her favourite thing about being a mom.

Drew Barrymore Spends the Day at the Farmer’s Market