Connie Britton Touches Down With Eyob 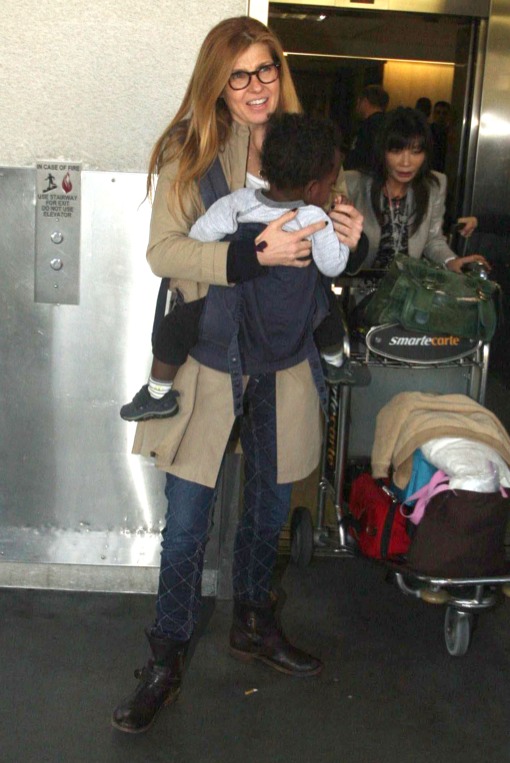 Connie Britton touched down on a flight at LAX airport in Los Angeles with her 22-month-old son Eyob on Wednesday (Jan. 2).

The Nashville actress was dressed casually while carrying her tot in a navy Ergo baby carrier.

Britton is currently nominated for a Golden Globe in the category for a lead actress for her role on Nashville.

The star got word of the news while watching videos on her iPhone with Eyob.

“We were watching videos of him and his little girlfriend and all of a sudden, on top of the screen, popped up an email from my manager. My honey let me check it,” she told.

Hayden Panettiere who plays Britton’s nemesis on the show, also received a nomination in the supporting actress category.

Jessica Alba Soaks Up The Cabo Rays With Her Daughters

Connie Britton Heads Out Of LA With Son Yoby Britton