Katherine Heigl Opens Up About The Adoption of Adalaide 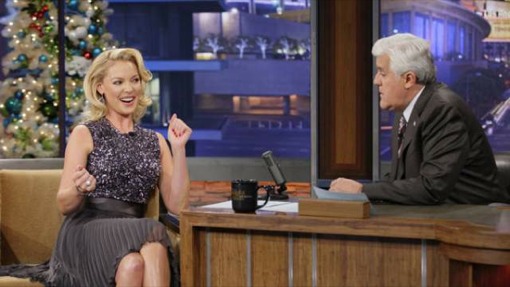 While appearing on The Tonight Show with Jay Leno on Thursday (Dec. 20), Katherine Heigl opened up about adopting her youngest daughter Adalaide with husband Josh Kelley.

“This was fascinating because we started the adoption process again and we thought we were gonna adopt internationally. It’s a pretty long process. It can take years,”  the mom who is also mother to adopted 4-year-old daughter Naleigh told.

“And then we started exploring because we had heard that Korea had gotten very hard to adopt from, and China had a very, very long waiting list and I was like (taps wrist), any day now,” the actress added. “And so we started exploring the idea of domestic adoption – just exploring – and then my lawyer called and said, ‘There’s a birth mother and she’s due in four weeks and she’s all yours if you want her.’”

The couple were surprised that adoption happened so fast.

“He thought it was going to be a few years, and that we were going to end up with more of like a 9-month-old or 10-month-old, and he looked at me and said, ‘You’re telling me in a month we’re going to have a newborn?’ And I said, ‘Yes. It’s perfect timing, don’t you think? Look we’re both here, we’re not working. This is great. We can spend time with her,’” she shared. “And it has been beautifully serendipitous and graceful, because we’ve gotten to spend all this wonderful time with her.”

Hilary Duff Takes Luca For a Haircut Before The Holidays