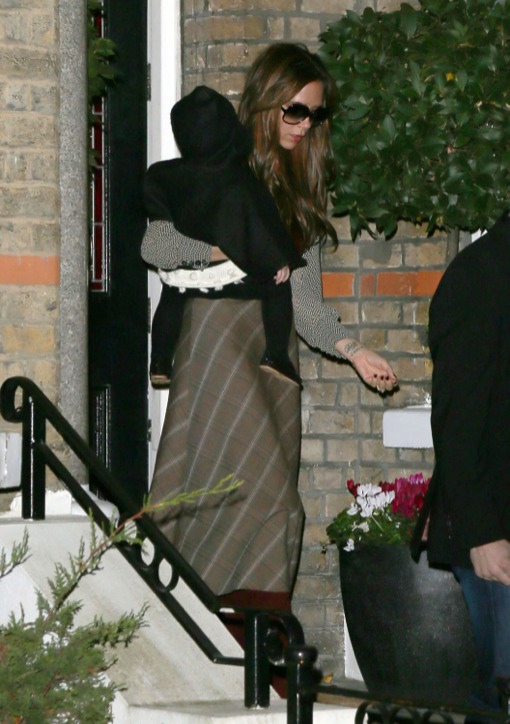 The fashion designers husband David was not present because he is scheduled to play a a game with LA Galaxy on Saturday. This week, the soccer star announced that he has decided to leave the team and will play his last game against Houston Dynamo on December 1.

Vanessa Minnillo Lachey Has a Turkey On Her Hands