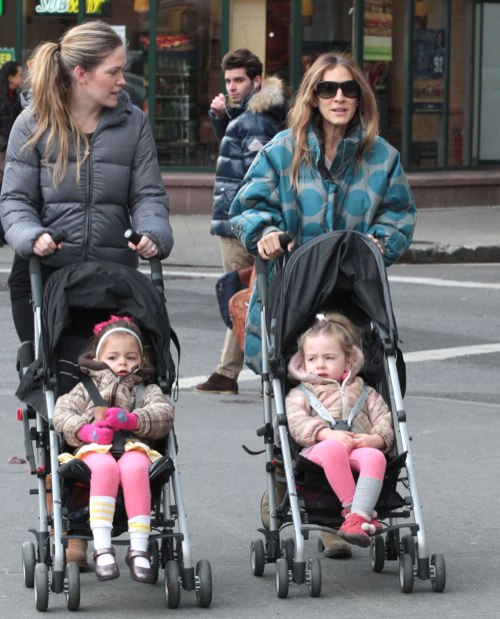 The Sex and the City star made her daily school run with her three kids James, Marion and Tabitha in New York City on Monday (Nov.19).

At an early hour, them mom wore a puffy dotted jacket while taking James to elementary school. She then headed back home to take three-year-old twins Marion and Tabitha to pre-school alongside their nanny.

The actress recently admitted that she doesn’t identify with her Sex and City character, Carrie Bradshaw because she doesn’t have the time to always look fashionable.

“It’s just not a reality — not when you have three kids and you go to the market and there are hungry people at home. You have a limited time to do it. There’s just no time to let vanity enter into that,” Parker told People at the Barneys New York and Walt Disney Company ‘Electric Holiday’ launch.