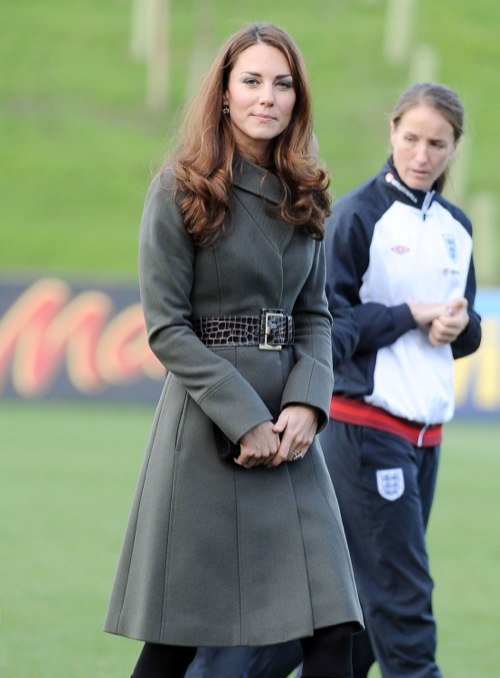 Kate Middleton might have a royal bun in the oven.

According to New Idea Magazine, a close friend of Middleton claims the royal is pregnant with husband Prince William‘s baby.

“They’re planning to make an announcement in December. William and Kate are focused on starting a family,” Jessica Hay who attended the Royal couple’s wedding reception and shared a school dormitory with Kate at 14 told.

Hay adds that Kate is secretly hoping for a boy first and then a girl.

“It seems very traditional, but of course they’ll be happy with boys or two girls, they don’t want more,” she added. “They’ve discussed it endlessly and don’t want to be older parents.”

Since their marriage in April 2011, royal watchers have speculated that Middleton would become pregnant within a year.