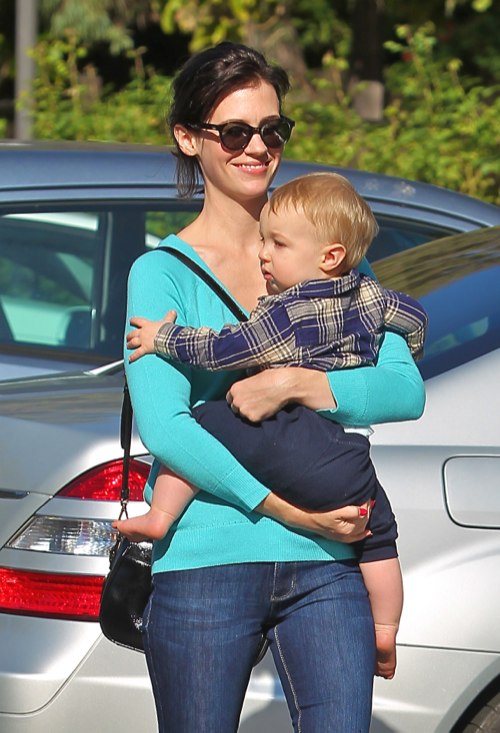 January Jones enjoyed a day with her 1-year-old son Xander while out for lunch in Pasadena, Ca on Monday (Nov.19).

The Mad men star rocked a new brunette look with a blue sweater, slim jeans and Rachel Zoe Collection boots. Normally a blonde, she experimented with “rose gold” highlights in March before going totally red for a role in June, later returning to blonde.

Jones is currently preparing for the launch of the sixth series of the AMC series Mad Men which is set to premiere in Hawaii. She will also star next year in the cowboy movie Sweetwater alongside Ed Harris and Jason Isaacs.