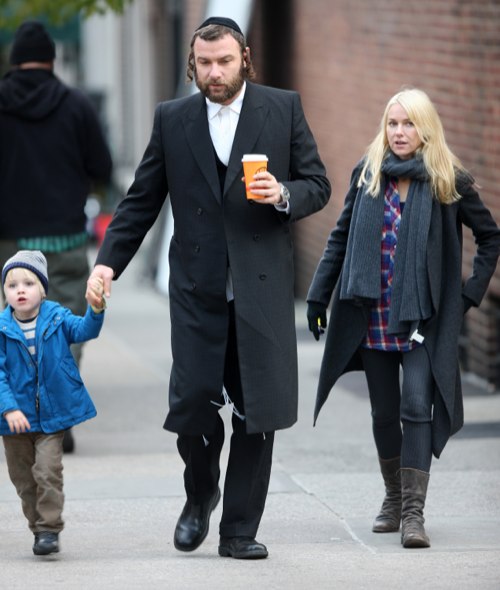 Naomi Watts was spotted taking her son Samuel to see his dad Liev Schreiber on the set of Fading Gigolo in New York City on Wednesday (Nov. 21).

The proud dad was dressed in character as a Hasidic Jew while he enjoyed a break from filming.  They were later seen leaving to go home together.

Schreiber also stars alongside John Turturro and Vanessa Paradis in the film. Fading Gigolo tells the story of Fioravante (Turturro), who decides to get rid of his considerable money problems by becoming a gigolo with his best friend (Woody Allen) acting as his pimp. The film is due out in theaters next year.

Rachel Zoe Is All Smiles As She Enjoys Lunch With Skyler