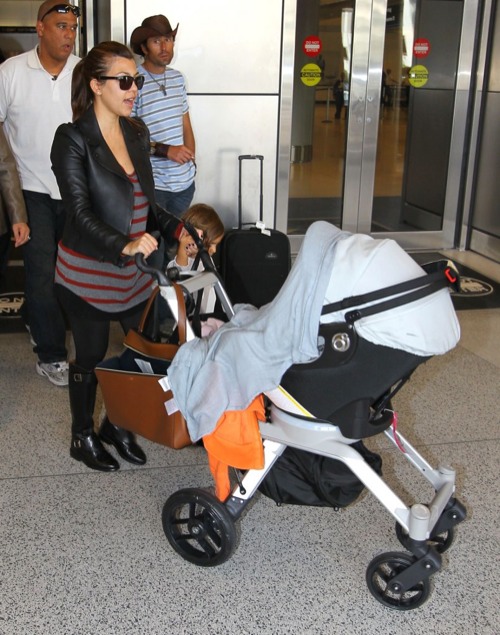 Kourtney Kardashian and longtime boyfriend Scott Disick were spotted landing in Miami, Florida after a trip in London with their two children on Wednesday. The reality star pushed Penelope in an Orbit stroller which was covered by a blanket. She also held the hand of 2-year-old Mason.

According to InTouch, Kardashian is demanding Disick to sign a pre-nup worth $20 million before she will marry him. Disick is said be unhappy with the her demands and bitterly battling over them.

“If anyone screws up in this marriage, it will be Scott, not Kourtney,” a source told the magazine. “She’s no dummy. She’s protecting her and her children’s futures.”

What do you think? Will they ever get married?