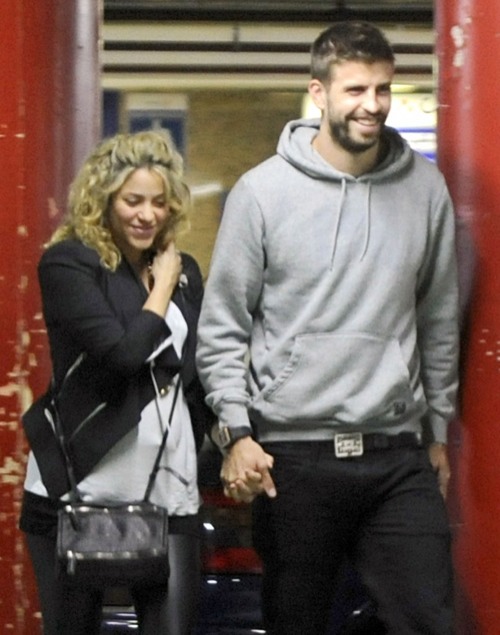 Shakira and her fiancé soccer player Gerard Pique stepped to watch the new James Bond movie, Skyfall at a movie theatre in Barcelona, Spain on Wednesday. The six months pregnant singer looked happy while showing of her growing pump in a grey shirt paired with a black jacket and  pants.

Pique has claimed that they have  yet to decide on a baby name for their upcoming bundle of joy.

“There are ridiculous names, like Ulisito, that came out of the press’s need to report nonsense. There was also Biel, which we like, but I don’t think it will be that one either, or Gerard. We’ll see.”