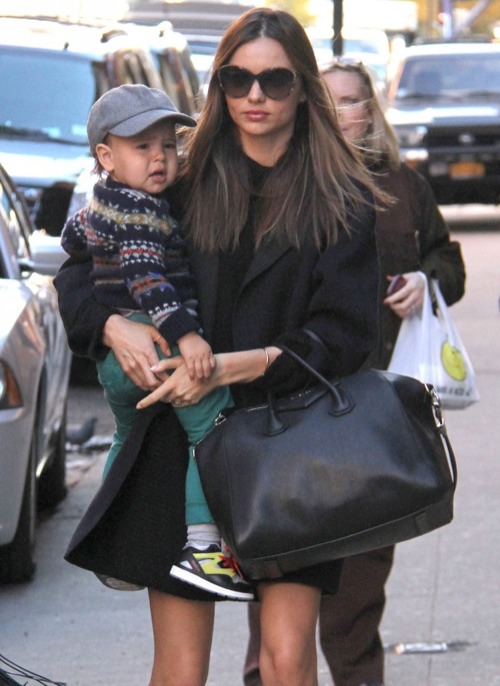 Miranda Kerr was seen out with her 1-year-old son Flynn while running errands in the meatpacking district of New York City on Wednesday.

The Victoria’s Secret model wore a dress and black coat and she carried her tot while walking. Flynn who wore a knitted sweater and green jeans did not look to be in a good mood. He cried and screamed while his mom tried to comfort him.

Last week, the supermodel walked the annual Victoria Secret Runway Show. Backstage the mom revealed how she stays in such great shape:

“Running around after my son is the best workout,” she said. “He runs around and he loves to dance, so sometimes we put the music on and we dance around and it’s so much fun and that is like the best! You’re having so much fun, and you’re working out at the same time!”

“I’m quite consistent with my Pilates, yoga, resistance training,” Miranda said. “But I do amp it up a little more because you can’t hide anything out there on the runway. This week, I trained every day.”

The runway show which was hosted by singer Rihanna will air Dec. 4 on CBS.