Julie Bowen Enjoys An Active Day With Her Son 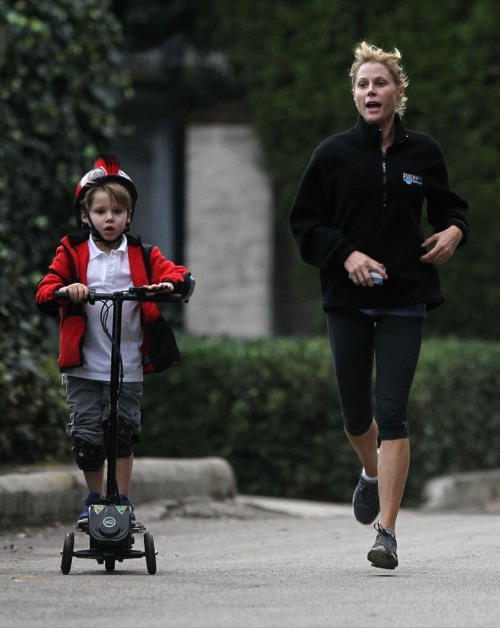 Julie Bowen was spotted out for a jog with her son Oliver in Los Angeles, CA on Sunday (Nov. 18). The 5-year-old who wore a helmut rode beside her on an electric scooter.

The Modern Family actress recently revealed to Metro how she likes to go running.

“I do like running but for my mental health, mainly,” she said when asked what her secret to her stunning figure is. “And I have three kids, who have never let me eat a full meal in years, so those two things in combo work out quite well.”

“I used to do a lot of yoga but it is very time-consuming. Yoga instructors, I have found, have a very loose relationship with the Western clock. If a class starts at 3pm, they will waft in at 3.20 in a waft of patchouli and be like: “Hey, man, don’t be so Western in your concept of time,” she added.

Modern Family is in its fourth season on ABC.

Julie Bowen: Being Your kids’ Best Friend is Not Always The Best Parenting…

Julie Bowen Takes Her Boys To The Petting Zoo