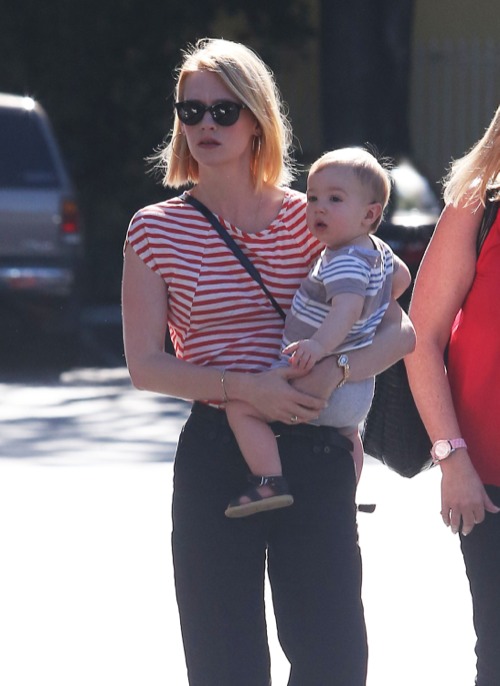 January Jones stepped out with her one-year-old son Xander to lunch in Pasadena, CA on Monday.  The Mad Men actress wore a red and white striped top with black pants as she carried Xander in her arms.  The adorable tot also wore a striped top with shorts and brown sandals.

At the beginning of the summer, the actress admitted she ran screaming out of the room when she saw herself as Fat Betty on season five of Mad Men.

“I started this season of ‘Mad Men’ eight months pregnant, and I finished it with a 5-month-old. It was bizarre,” the mom told The Hollywood Reporter in a roundtable interview.

“And I was in seven hours of prosthetics every morning, trying to rip off a fake chest piece so I could breastfeed. …I loved (that fat suit). I didn’t want to try to hide it, I thought it would become comical and weird.”

The sixth season of Mad Men is currently being filmed.

Isla Fisher: “I Never Had Any Body Issues During Pregnancy”