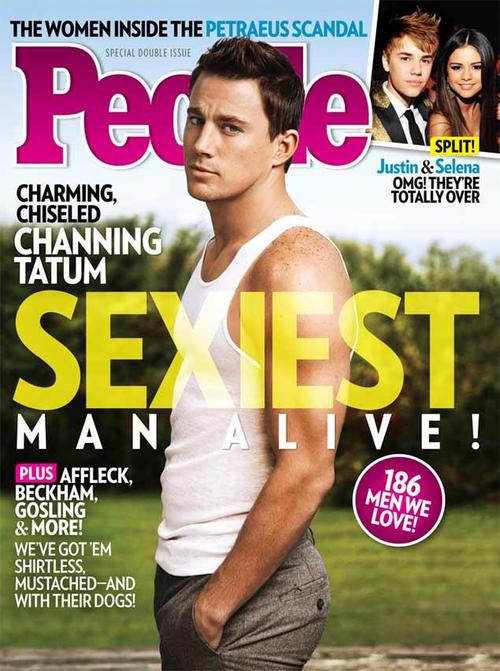 The sexiest man alive is ready to have children!

Magic Mike star Channing Tatum who has been name Sexiest Man Alive by People Magazine reveals that he is ready to start a family with his wife Jenna Dewan-Tatum.

“I’m ready; I think she’s ready,” Tatum, 32, says. “The first number that pops into my head is three, but I just want one to be healthy and then we’ll see where we go after that.”

Apparently, when the heartthrob heard he named the sexiest man alive he was shocked.

“My first thought was, ‘Y’all are messing with me,'” says Tatum. “I told Jenna after we’d been in the bathtub washing our dogs because they’d gotten skunked.”

“Yeah, she calls me [the Sexiest Man Alive] now,” he adds.

Tatum is currently training to play an Olympic athlete in next year’s Foxcatcher.