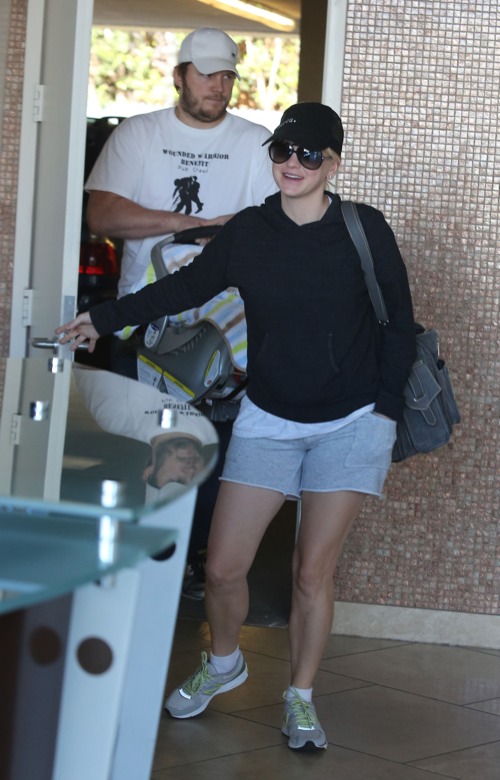 Anna Faris and her husband Chris Pratt took their 2-month-old baby son Jack for a checkup at a clinic in Beverly Hills, CA on Tuesday.

The actress kept a low profile as she left the clinic by wearing a baseball hat with dark sunglasses while dressed in a black sweater, grey short and runners.  Pratt followed behind with Jack who sat in a carseat that was covered with a striped blanket.

The House Bunny actress and the Parks and Recreation actor welcomed their little bundle of joy on August 25.

“Anna Faris and Chris Pratt are happy to announce the birth of their beautiful baby boy Jack.” a representative for the couple told People after the birth of Jack. “He arrived earlier than expected and will be spending some time in the NICU. The happy parents thank you for your warm wishes and ask that you honour their privacy during this time.”

Faris’ next film Movie 43, is scheduled to premiere in January.