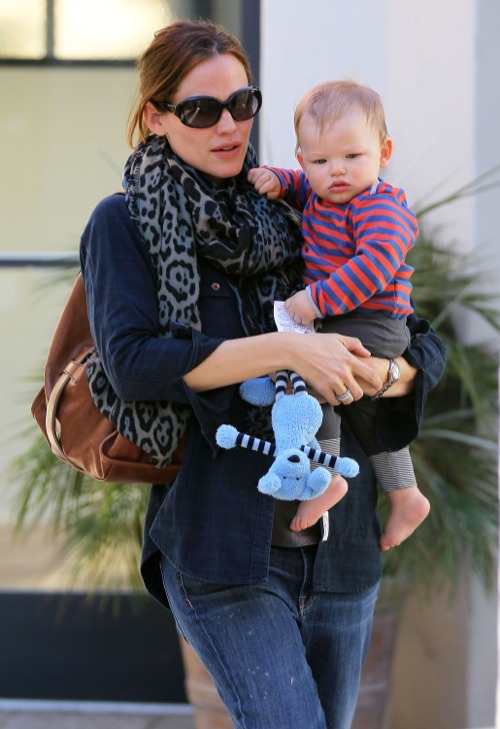 Jennifer Garner was spotted taking her 8-month-old son Samuel for a checkup at his doctor’s office in Pacific Palisades, CA on Tuesday. The little boy wore a striped red and blue onsie with grey stretch pants while looking absolutely adorable with pink cheeks.

The Butler actress’ husband Ben Affleck recently revealed that  she convinced him not to direct the TV series Homeland.

“It’s true! I was going to do Homeland,” Ben told. “I liked the show. I signed on. The guys were ready,” he added.

“I don’t want to blame it on her,” Affleck continued, “but my wife and I have an arrangement where when she works, I don’t work and when I work, she doesn’t work.”

Unfortunately for the director, Homeland has won six Emmy Awards and it has earned Michael Cuesta, who directed the pilot, a Directors Guild Award.