Alicia Keys: “Egypt Has a Stark Sense of Rhythm” 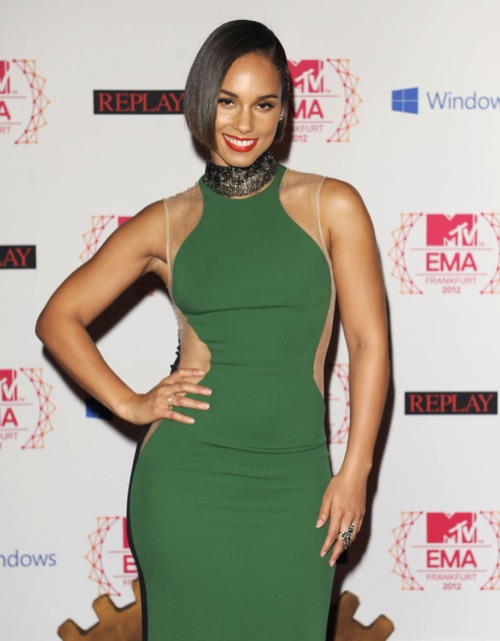 Alicia Keys might have a future superstar on her hands!

The proud mom revealed that her 2-year-old son, Egypt with music producer husband Swizz Beats is already learning how to play the piano and drums.

“He plays [piano].Egypt has a stark sense of rhythm. He also plays the drums already. He likes that most. The kid’s making noise all day long,” the Girl on Fire singer told Hello! magazine.

The musical inclined tot will get to see what is like to be on tour.

“He’s adorable. Soon Egypt will come on tour with me, and then he’ll get a taste of that world,” she told. ”Most importantly, I want him to do everything he does with passion, whatever that may be.”

Keys first album since giving birth, Girl on Fire will be released at the end of the month. She is expected to go on tour in 2013.