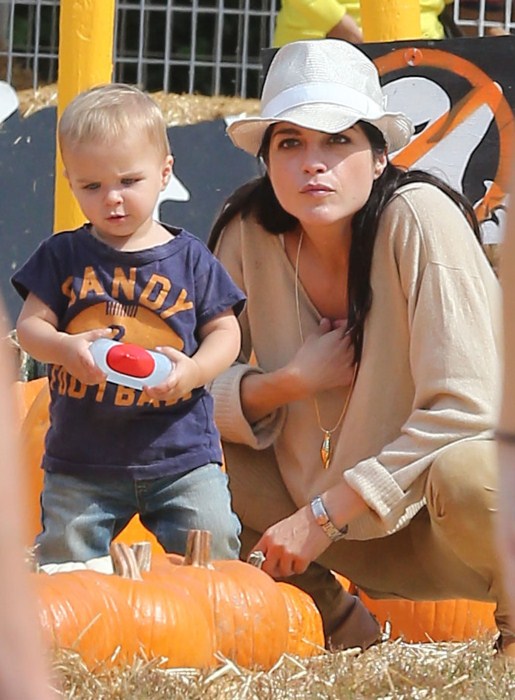 Selma Blair was spotted taking her 1-year-old son Arthur to the Mr. Bones Pumpkin Patch in West Hollywood, Ca on Saturday. The Anger Management actress wore beige jeans and a matching crop sweater over a white tank while picking out a pumpkin with her tot. Arthur wore jeans with a navy shirt as he carried a sippy cup in the pumpkin patch.

The actress recently poked fun at Mitt Romney in a new Funny or Die clip. In a Woman for Romney faux campaign ad, Southfield native Blair plays “the woman” — as in the one woman — who will be supporting the GOP presidential candidate heading into the Nov. 6 election.

Dressed in conservative clothing, Blair promotes making babies, cooking and cleaning and says, “I don’t want equal pay.” Regarding the so-called war on women, she says: “It’s not a war, not until somebody dies. And if Mitt wanted somebody dead, why wouldn’t he just kill them?”