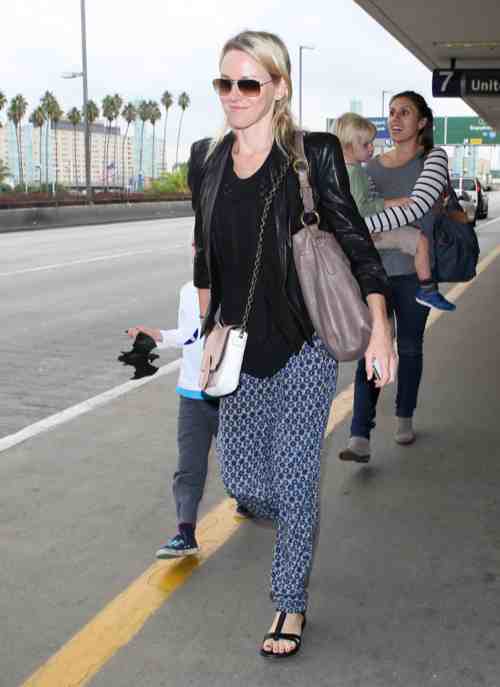 Naomi Watts was spotted arriving at LAX airport with her sons Alexander and Samuel in Los Angeles, Ca Saturday.

Arriving from New York City, Watts wore a black top under a leather jacket with printed pants and black flats as she protectively held the hand of Alexander as they left the airport.  Alexander hid behind his mom while holding a toy bat.  A nanny followed behind carrying Samuel.

The actress recently admitted she would love to see Stella McCartney collaborate with Target and offer and affordable range of clothing at the chain.

“Has Stella McCartney done it yet?” Watts asked American magazine Lucky. “Definitely her… and Helmut Lang. Oh, and Isabel Marant!”

Gavin Rossdale Spends A Father-Son Day With His Boys