Gavin Rossdale Spends A Father-Son Day With His Boys 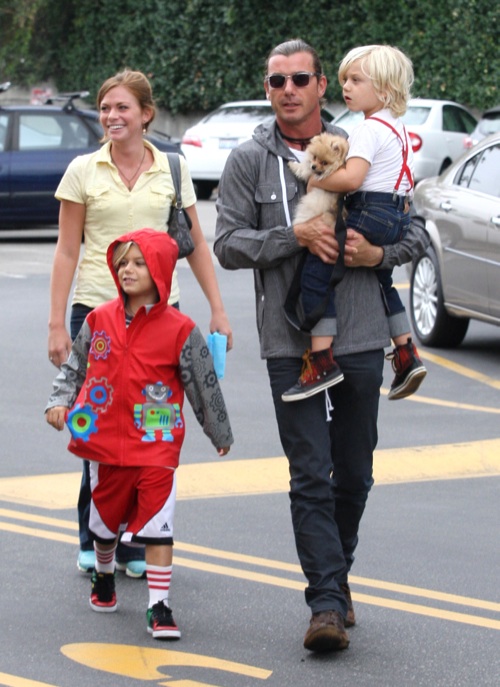 Gavin Rossdale was spotted taking his boys Kingston and Zuma to Bookstar in Studio City, Ca on Saturday.

The singer held Zuma close while his son Kingston walked next to him.  Zuma looked absolutely adorable carrying his puppy, a little Pomeranian.  Kingston looked stylish in a red sweater that had a robot print with matching Adidas shorts and red striped socks.

Despite the Rossdale’s happy appearance, it is rumoured his marriage with singer Gwen Stefani is on the rocks.

According to In Touch, a visibly shaken Stefani was seen leaving a couples therapy session on October 8.

“They used to be affectionate with each other and laugh a lot. That never happens anymore.” A source close to the couple told. “Over the past two years they’ve spent less and less time together. There were months when he wouldn’t even be at the house.”

Although, in September, Stefani gushed to Marie Claire about her husband.

“He balances me out. And he — he never stops liking me, which is awesome! It makes me feel happy, that someone likes me as much as he does,” she told.

What do you think? Are Rossdale and Stefani about to separate?
Image Credit: Fame/Flynet
Continue Reading

Beyond the Picky Eater!