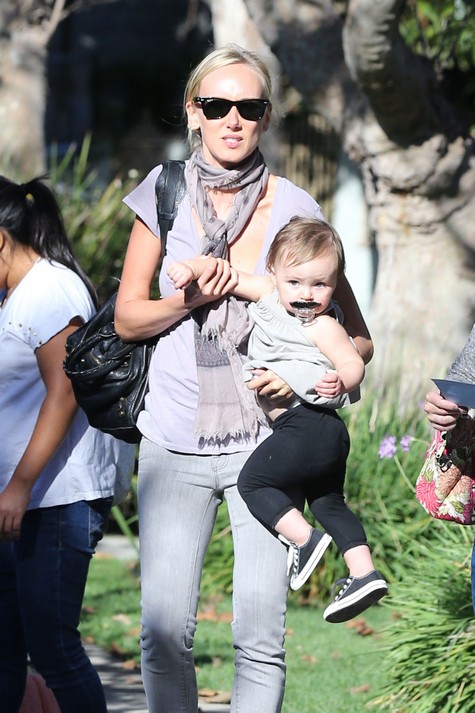 Kimberly was dressed casually, t-shirt, scarf and black shades as she carried Delilah.  The cute tot was wearing black tights, black runners and a grey t-shirt.

Delilah is the daughter of actor Benicio Del Toro and although Kimberly and Benicio are not in a relationship Kimberly has been very complimentary about Benicio and his fathering skills.  She recently said, “‘Benicio’s very involved; he and Delilah have a very special bond.”

Benicio was at Kimberly’s side when she gave birth and according to a source he has vowed to play an important part in her life.