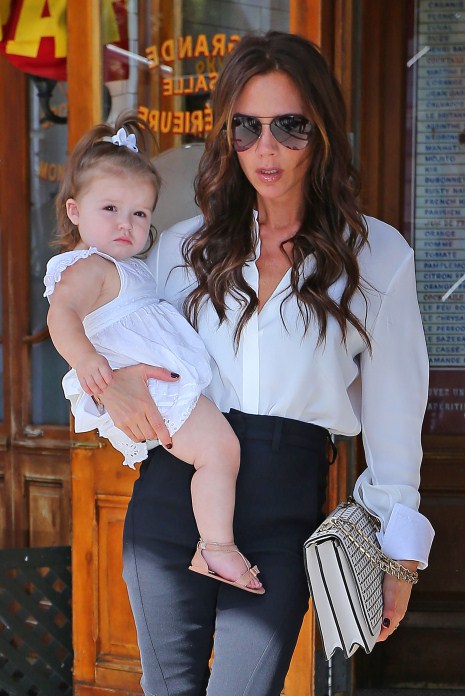 Victoria Beckham and husband David might be one step closer to completing their family soccer team!

According to Heat, the singer who welcomed her fourth child, Harper Seven just 15-months-ago has been dropping hints to friend that she is expecting again.

“When she was last in London, Victoria was dropping hints that her current unruly brood might become even more unruly next year,” an insider close to the family told.

Victoria has also eased up on her exercise regime and cut out alcohol.

“She was also talking about having some strange food fads and she didn’t drink at all, not even to celebrate after performing at the Olympics.” the source continued. “Her behavior led to some of her friends asking outright if she was pregnant and she just smiled in response.”

The source adds that Victoria is absolutely desperate to have another baby before she turns forty.

What do you think? Is it possible there will be another little Beckham running around by this time year?