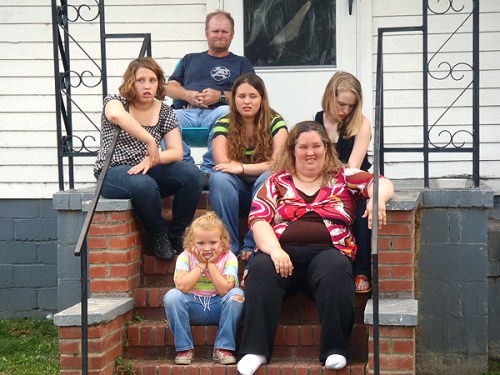 Honey Boo Boo and her family are racking in the money!

According to TMZ, the family got an enormous salary raise from TLC after the second episode.

The family received between $5,000 and $7,000 an episode at the beginning of the series. After the second episode it was apparent to TLC they had a hit on their hands, so they gave the family a huge raise. Sources say the increase gave them somewhere between $15,000 and $20,000 an episode.

TLC is basically willing to do anything to keep the family happy.

The network volunteered to cover various expenses, including a bodyguard/driver for Sugar Bear. They even offered to help the family find a larger house,  but June refused.  She said she wanted to stay in the house because she makes a big deal over Christmas — decorating the house for the community.

June is also getting swarmed with calls from agents basically offering anything to represent the family. However, June has told everyone no,  claiming she doesn’t want to make money the sole object of the show.

Heidi Klum Cheers On Henry at His Soccer Match