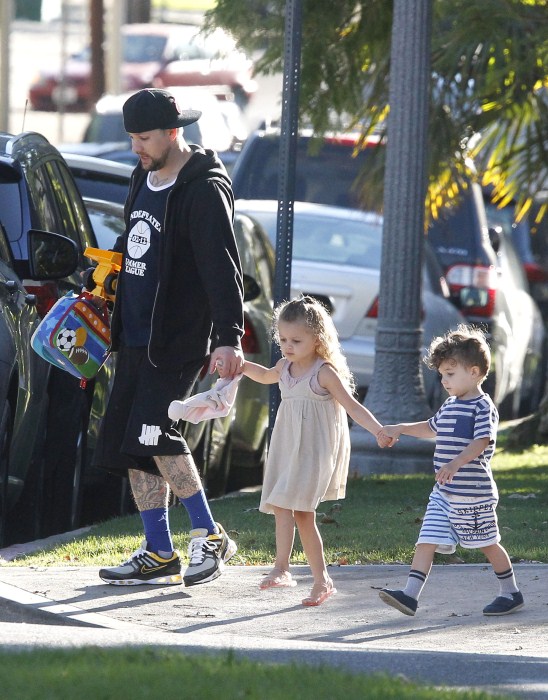 The Good Charlotte singer was spotted walking his 4-year-old daughter Harlow and 3-year-old son Sparrow to school in Los Angeles, Ca on Monday morning. Madden successfully carried their lunch boxes, toys and Harlow’s sweater as he they all held hands crossing the street. Harlow wore a pale dress while Sparrow wore a striped top and shorts with navy shoes.

Madden’s wife, Nicole Richie recently told that her goal is to bring stability to the lives of her two children.

“One of the biggest differences in the way I’m raising my kids versus the way I was raised is that I was on tour a lot. I don’t really do that with my kids,” she told the September issue of DuJour magazine.

“It’s important to me that they have stability. I like them to be home.”