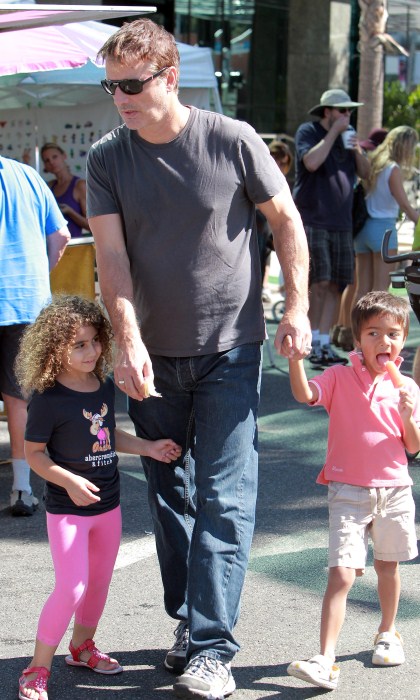 Chris Noth was spotted with his son Orion in West Hollywood, Ca on Sunday. The father-son duo were joined by one of Orion’s girl friends as they enjoyed an ice cream.

The Good Wife actor has teamed up with BV Wines to be a spokesman for their “Give & Give Back”campaign, aimed at fighting hunger in America.

“I had no idea that you’ve got 16 million hungry kids in the United States these days, that one in six people in America are hungry. And having a child myself, it sort of hit home,” he said.

“With so much going on in the news about what faces us, we lose track of a very fundamental problem, that we think because we’re such an affluent country that we don’t have to worry about it…It’s not just in rural [areas] – it’s in our richest cities,” he added. “You just don’t see the face of it. So it needs to get out there, and we need to acknowledge the people who are doing something about it.”

The actor recently played J.P Morgan in the Encore miniseries Titanic: Blood and Steel. The miniseries is bases upon  the making of the doomed ship and finished airing this Saturday.