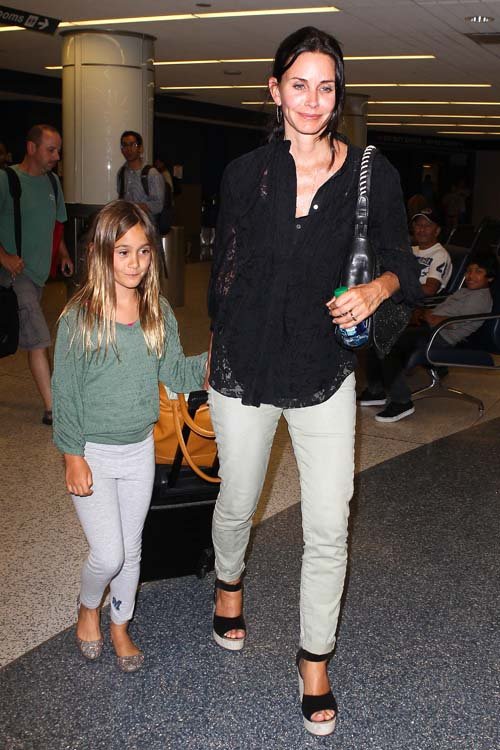 Courteney Cox loves Halloween and so does her 8-year-old daughter Coco.

The Cougar Town actress claims that her daughter is very creative when it comes to planning what to be for Halloween.

“This Halloween she’s going to be a half angel-half devil,” Cox told People Saturday while hosting EBMRF and Sony Playstation’s Epic Halloween Bash in Los Angeles. “But at one point she wanted to be a baby-old man-detective and she had this whole outfit planned out.”

According to Cox, Coco’s costume choice seems to be inspired by her dad, David Arquette.

“She had a bib, she had a mustache, glasses, a pacifier, and I was like, ‘That’s very David, isn’t it?’ The actress said with a laugh. “To just come up and be that creative. I see a lot of both of us in Coco, for sure. She’s very, very split down the middle between the two of us, and Coco is really, really, really creative.”

“She just really has a big heart, and she’s 8, not mischievous, but she’s bold,” she added.

Does Halloween the creative skills of your children?

The Affleck-Garner Family Get Crafty With Cakes