Stephen Moyer Is a Soccer Dad 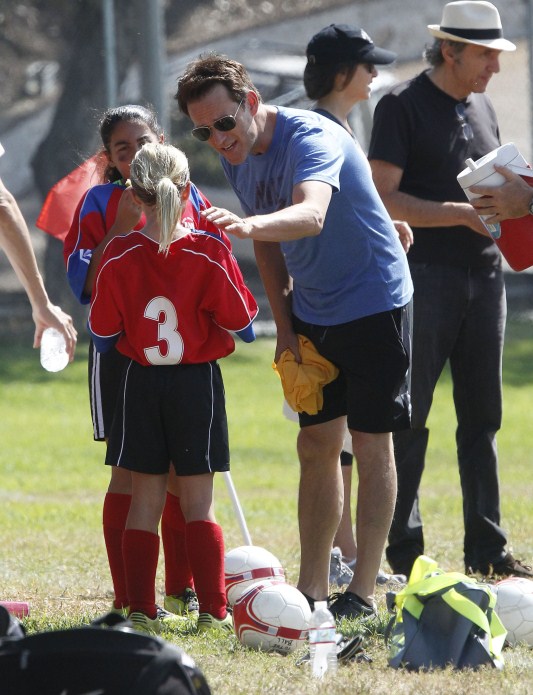 Stephen Moyer took his 10-year-old daughter Lila to her soccer game in Brentwood, California on Saturday.  The True Blood actor helped Lila warm up by kicking the ball with her and running around the field before her game. Later, he sat on the sidelines with his mom who was also their to watch Lila in a  game.  The actor wore a blue Nike GBR T-shirt, shorts and trainers as he cheered in support for Lila’s team.

Earlier in the month, Moyer welcomed twins with True Blood co-star and wife Anna Paquin. When news of Paquin’s pregnancy emerged Moyer opened up about how it felt to be having more children:

‘I love my kids beyond anything,’ the actor told Us magazine recently. ‘They’re the best things ever, and having two more is just going to be even more crazy, but that’s cool!’

The couple who married in 2010 have yet to release the sex and names of their twins.

“We can confirm that Anna Paquin and Stephen Moyer recently welcomed their twins into the world. The babies were born a few weeks early, but are in good health and both Mom and Dad are overjoyed,” their reps told after the birth.