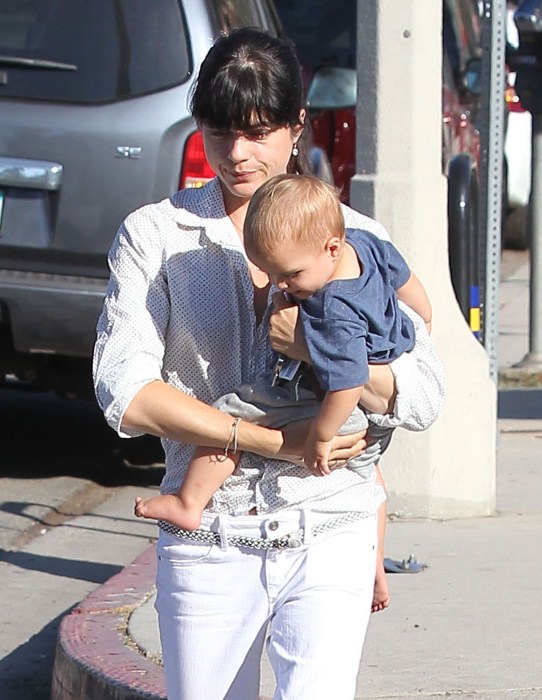 Selma Blair and her 14-month-old son Arthur Saint Bleick were spotted out  in Studio City, California on Monday.  The actress looked tired and skinny in a white outfit as she carried Arthur. It appears Arthur has not forgotten about his mom’s milk producing breasts and tried to open her shirt!

Blair’s somber look is probably the result of her recent split with boyfriend and father to her son, Jason Bleick. According to Us Weekly, the couple split because they couldn’t stop fighting.

‘They were fighting non-stop,” a source told.

Blair and Arthur are now thought to have moved into a temporary apartment in Los Angeles’ Venice Beach.

The former couple are trying to remain on good terms for the sake of Arthur.

“Jason spent some quality time with Arthur recently. He met Selma at a restaurant, then took Arthur for a walk on the beach,” the source adds.

Blair hasn’t  been pictured with Bleick since July.