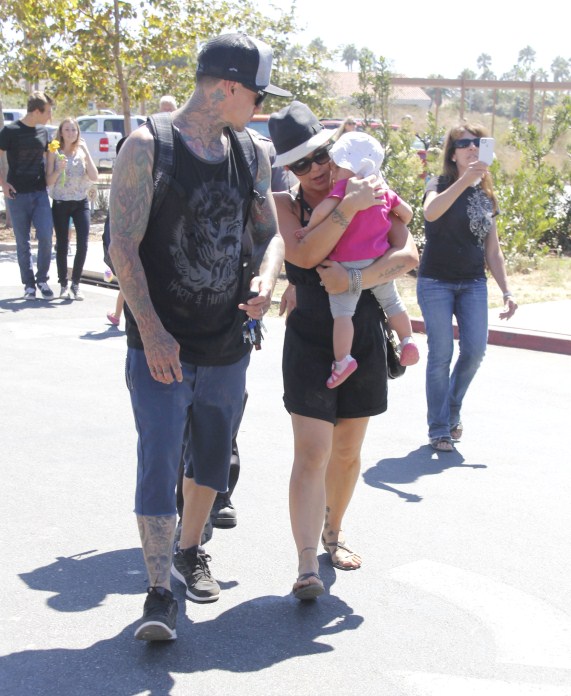 Pink and husband Carey Hart spent a fun-filled day together with their one-year-old daughter Willow Sage in Malibu on Sunday.  The family did some shopping before heading to the famous Malibu Chili Cook Off.  Pink wore a stylish black jumper with a matching fedora hat as she doted on Willow. Willow looked to be enjoying herself as Pink gave her a slew of kisses.

Earlier in the month, the singer announced that she is the new face of the make-up company Covergirl. The news was first announced on Pink’s twitter page:

The tweet was accompanied by a professional photograph of the singer sporting pale pink lipstick that matches the pink streaks in her hair, as well as copper nail varnish and striking blue eye make up.

In an official statement Pink said:

“I have a lot to celebrate. I called my new album The Truth About Love, and the truth is that I have my beautiful family and baby girl, my new music, and now my partnership with Covergirl to love. Joining a group of women who have always inspired me – to laugh out loud, let my guard down, or play around with my beauty look – is such an honour.”

John Cryer Takes His Family To The Farmer’s Market

Miranda Kerr: Becoming A Mother Has Changed “Everything”