John Cryer Takes His Family To The Farmer’s Market 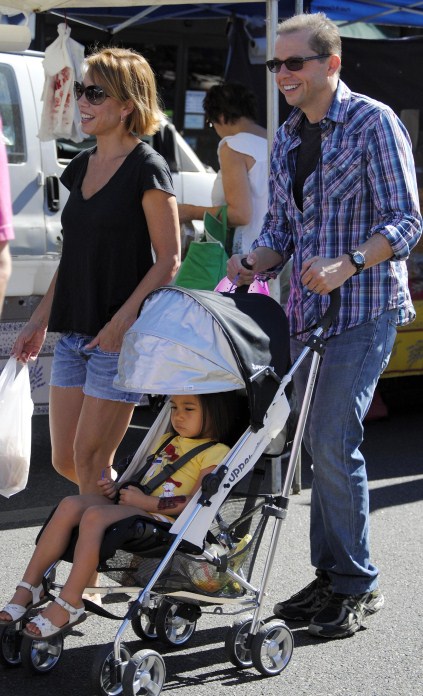 Two and a half Men star Jon Cryer, his wife Lisa Joyner and daughter Daisy visited a farmers market in West Hollywood, Ca on Sunday. Cryer  who wore casual jeans with a checkered shirt smiled as he pushed his  daughter in a trendy black UPPA Baby stroller.  Daisy did not look in the best mood and had glum look on her face. Perhaps, she is not so friendly of the picture taking paparazzi?

In a exclusive behind-the-scenes clip from Two and a Half Men: The Complete Ninth Season which hit stores last Tuesday, Cryer opens up about starting to work with Ashton Kutcher.

“I think people were worried, ‘Would there be chemistry?’ But when you’re playing opposite someone as good as [Kutcher], there’s gonna be,” Cryer says. “We’ll figure something out! I don’t know what it’s going to be, but we’ll get there somehow.”

Hilary Duff Loses Her Temper With The Paparazzi