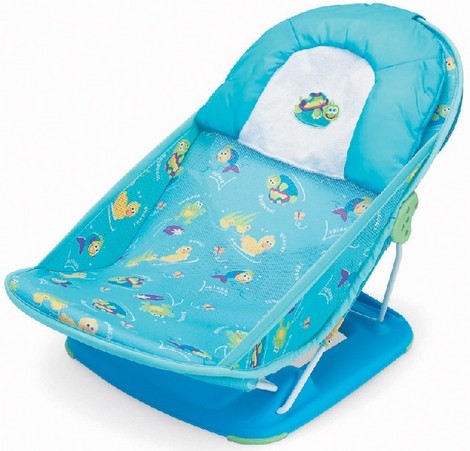 The bather is being recalled because of risk of a fall and head injury hazard to infants. Parents should stop using recalled products immediately unless otherwise instructed.

According to the recall: When the bather is lifted and/or carried with an infant in it, its folding wire frame can suddenly disengage from the side hinge, dropping the baby out of the bather, posing a fall hazard and a risk of serious head injury to infants.

There have been seven reports of incidents in the U.S., including five reports of infants suffering head injuries from falls from the bathers. Four children between two weeks and two months old received skull fractures, including one that required intensive care for bleeding on the brain. The fifth child received a bump to the head requiring emergency room treatment.

For further information check out the full advisory HERE!

Hilary Duff Loses Her Temper With The Paparazzi