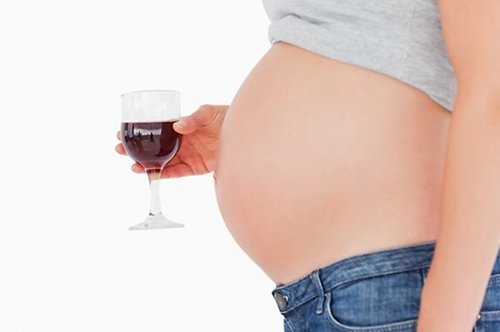 We’ve all seen the signs: pregnant woman are warned not to drink because of the risk to the baby. But Ron Grey, an epidemiologist at the University of Oxford wasn’t satisfied with the studies that had been done in the issue. His team recognized that little was known about the affects of light or moderate drinking while pregnant, say two or three small glasses of wine per week. The team gathered more than 4,000 soon-to-be moms–some who had chosen to drink during their pregnancy, some who abstained–and began testing for slow metabolizing genes.

So what does all this mean? Previously, tests had counted only large doses of alcohol in tests, but this new research shows that even very small amounts of alcohol affect fetal brain development. Dr. Grey explains, “women have a good reason to choose to avoid alcohol when pregnant.” Of course, alcohol isn’t the only substance you should worry about consuming. The brand 5-hour Energy sells small bottles of highly caffeinated juice, and has been tied to more than 90 fetal accidents, including a miscarriage. Studies have shown increased caffeine consumption sometimes mirrors miscarriages, but no absolute ties have been made by studies. Animal studies have shown that caffeine causes fetal mutations.

So what does this mean for you? Consume less than 300mg of caffeine (about two grande drip coffees) and go for water, not wine. Even though caffeine hasn’t been entirely linked to miscarriages, better safe than sorry applies here! And no one wants to hurt their baby’s brain development, so remember to order virgin drinks when going out! Would you ever drink when pregnant? What about when breast feeding? Let us know!