Nicole Richie: I Want My Kids To Have “Stability” 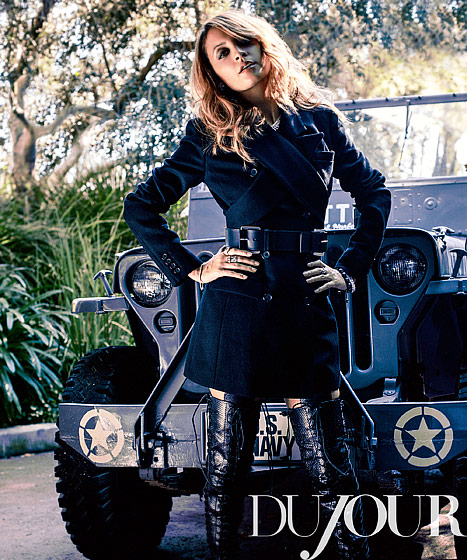 Nicole Richie wants to give her kids a normal childhood.

In the September issue of DuJour magazine, the reality star turned fashion designer opens up about how how being raised in the entertainment industry influenced her ideas about motherhood.

“One of the biggest differences in the way I’m raising my kids versus the way I was raised is that I was on tour a lot. I don’t really do that with my kids,” Richie says. “It’s important to me that they have stability. I like them to be home.”

Nicole was raised in L.A. by her adoptive parents, singer Lionel Richie and his then-wife, Brenda.

“I was taken out of school and had tutors,” Nicole recalls. “By the time my father went onstage, I was asleep.”

The House of Harlow designer doesn’t blame her parents for her bad behavior in her teens.

“There’s no right or wrong way to raise a family,” Richie says. “Look, I don’t know anyone who can say they don’t just try and do the best that they can do.”

With her wild child days behind her, Richie is focused on building her brand.

“I don’t ever want to get to a place where I feel like I’ve conquered everything and I have nothing else to do.”